Wow! Those are Some Really Old Teeth

From chipping out cavities with a sharpened stone to analyzing prehistoric plaque, teeth—and the methods we have developed to study them—give us a lot of insight into the last few million years. The shape and size of teeth shed light on ancient diets, as well as specimen age, size, and species. One example: flat teeth indicate a plant-based diet, while sharp teeth indicate carnivorous leanings. In your own skull, you may notice that you have both, which shows that regardless even if you’re vegetarian or vegan, you are still equipped to eat both plant and animal. 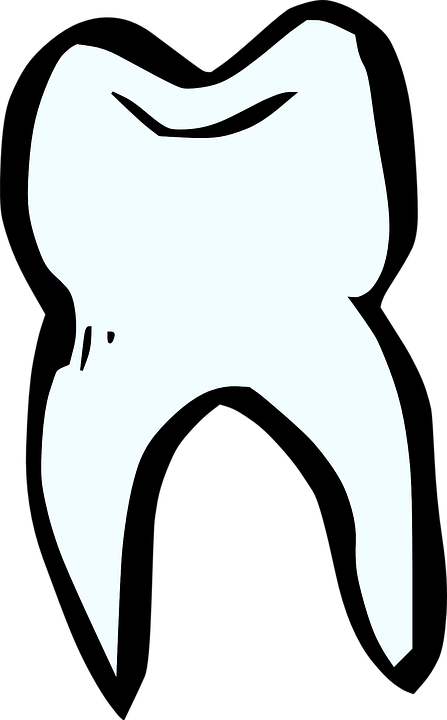 Teeth are an abundant indicator of fossil life, since they are easily fossilized and are more durable than the entire skull. While only a few complete skulls of ancient life exist in the fossil record, fossilized teeth are so abundant that some species’ teeth can be found relatively inexpensively in tourist shops. Today, we are going to take a walk down Fossil Lane and get to know some of the world’s oldest teeth.

After analyzing hominin (ancestors to humans) teeth dating back millions of years, scientists have discovered that enamel evolved as their diet changed. If the diet consisted mainly of hard vegetables and nuts, there was more enamel than in hominins with a more varied diet. Not only that, but the enamel can also show hominin migratory patterns because the chemicals in groundwater that these early humans drank got locked into the enamel. Scientists have studied these differences and concluded that the different chemical make-up in the teeth shows that groups of prehistoric humans moved from place to place.

Plaque isn’t known for its endearing qualities, but it does provide invaluable information on the diet and lifestyle of our oldest ancestors. Since teeth are already harder than bone and composed mostly of minerals, they fossilize easily, so they are almost a dime a dozen at archeological sites. That said, it’s when scientists get really up close with the teeth that they discover more than meets that eye.

One example comes from some teeth dating back to the Mesolithic era (roughly 10,000 years ago). The fossilized plaque, when examined under a powerful microscope, showed tiny fossils of fish flesh, fish scales, and starchy vegetation. This makes scientists hypothesize that these early humans chomped down on starchy veggies and possibly even de-scaled their fish using their teeth.

The earliest toothache to date belongs to a squat reptile called the Labidosaurus hamatus who died around 275 million years ago. This poor Oklahoma resident was likely at an advanced age when it died, and boy, was it down in the mouth. From first glance, you can see that it was missing several teeth and had a significant abscess where at least one tooth should have been. Upon closer investigation, CT scans show that the jawbone was riddled with a pretty severe infection. Whether or not that contributed to the reptile’s death is unknown, but it likely had something to do with it.

You might have heard the phrase “scarce as a hen’s teeth” a time or two from your grandma’s quilting group, but believe it or not, birds did have teeth at one time. Scientists aren’t exactly sure why evolution phased out the teeth, but they have studied the genome record and found that enamel stopped showing up in birds around 116 million years ago. About 15 million years later, the gene that is responsible for dentin also vanished from bird DNA. What stumps scientists the most is why birds would lose their teeth at all. It couldn’t have been entirely for the sake of “lightening the load” because plenty of flying animals have teeth (such as bats), but as of right now, the world will just have to keep wondering.

Dinosaur teeth fossils are fairly common at excavation sites all over the world, but some of those chompers are downright terrifying. The Megalodon was a gigantic shark that sported five rows of teeth that could each be bigger than the palm of your hand! A massive land predator from the Allosauroidea clade (or superfamily) dropped a tooth that measured over three inches (not including the root). On the herbivore side of things, the sauropod’s teeth were massive thumb-like teeth ideal for chewing on water plants.

Warning: reading about the rudimentary methods of cavity removal might cause phantom discomfort in your own teeth.

One of the earliest human cavities (that we know about) is from a young man who died about 14,000 years ago. When scientists analyzed his tooth, they found that an early dentist had attempted to chisel and chip out the diseased tissue using sharpened stones – all while the patient was alive and most likely awake. At this time in history, people were starting to branch out into different types of food and having as many teeth as possible was necessary – even if they were riddled with holes.

At Felt Family Dentistry, we prefer to take a more civilized approach with cutting-edge technologies and a warm and friendly staff. We specialize in family dentistry and can serve all patients—from young toddlers on up.

Felt Family Dentistry » Wow! Those are Some Really Old Teeth