The Tooth Fairy and Other Notable Figures

While the Tooth Fairy seems like she’s always been snooping under kids’ pillows and leaving behind coins for teeth, she is actually a comparatively new kid on the block next to some of the other legends of lore. Santa Claus and the Easter Bunny both have impressive careers of helping children that span centuries. The Tooth Fairy, on the other hand, has only been bringing joy to children for less than a hundred years. To better appreciate her contribution to the lives of children, you might want to know a little bit of information on some of her contemporaries. 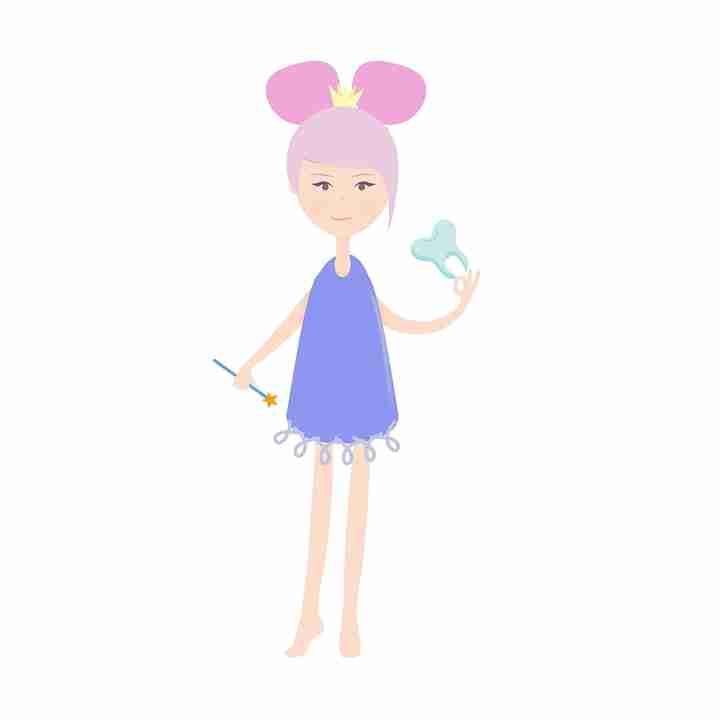 Santa Claus is the oldest of the above-mentioned legends with his namesake, Saint Nicholas, gracing the Earth around 280 c.e. He was known as the protector of sailors and children and is the subject of many legends of extreme generosity and kindness. His name in Dutch, Sint Nikolaas, was shortened even further to Sinter Klaas, and eventually changed to Santa Claus or Saint Nick.

Santa Claus is beloved for bringing gifts to and filling stockings of well-behaved children each year around Christmastime (which was around the time of the original St. Nick’s birthday). He really started hitting his commercial stride in America at the end of the 1700s, and life-sized models and actors began popping up in shopping malls by the 1840s. It wasn’t until the late 1800s that the jolly, red-suited man completed his transformation into the beloved man we know today.

If you’ve ever found yourself scratching your head about what bunnies and eggs have to do with the Easter season, you’re not alone. The Easter Bunny, as we know him today, came over to the U.S. sometime in the 1700s, and the imagery of new life from both an egg and a rabbit (well-known for its propensity for procreation) ties into the Resurrection event in the Christian holiday of Easter. Easter eggs most likely developed from a pagan custom, and decorating them for the Easter event is documented all the way back in the 1200s. And, of course, the Easter Bunny is famous for bringing candy to deserving young children, which makes the Easter holiday the second worst holiday for children’s teeth (after Halloween, of course).

The Tooth Fairy is similar to Santa Claus and the Easter Bunny in her excitement and mystique, but unlike them, she isn’t tied to a religion or time of year. She makes the loss of that first tooth a little less traumatic and keeps coming back up to 19 more times over the course of a child’s life. Never seen but often talked about in reverent and excited whispers on the playground, the Tooth Fairy eases the transition between being a young child to being a (somewhat richer) young child with fewer teeth. In fact, the amount each tooth makes has risen substantially since the Tooth Fairy started making her rounds, from a few cents per tooth to an average of just under four dollars!

Researchers can’t really pinpoint when the Tooth Fairy started, but they have found aspects of her persona in many different cultures throughout history. The important part of losing baby teeth was to get rid of the teeth altogether. Whether it was by burying the tooth, burning it, eating it, throwing it at the sun, leaving it for animals to find, or hiding it so animals wouldn’t find it, that tooth needed to get as far away from the child as possible. Some believe it was because teeth, as the hardest substance in the body, were seen as magical portals that, in the wrong hands, could enable an evil witch or other creature to manipulate a child’s life.

Interestingly, though, the most common ritual for getting rid of baby teeth didn’t involve a fairy at all, and it’s still happening in certain places across the globe. Instead of leaving their baby teeth for a benevolent fairy, children place their teeth out for a mouse or another small rodent to take away – perhaps due to the fact that rodents are well-known for having strong, fast-growing teeth.

Despite many cultures having similar, timeless folklore surrounding tooth loss, the Tooth Fairy as we know her is fairly new to the scene. Rosemary Wells, a Tooth Fairy expert, has nailed down the Tooth Fairy’s first appearance in print to a short children’s play written just under 100 years ago. Even so, the Tooth Fairy still didn’t become widespread until closer to the 1950s. Some researchers believe that the traditional stories of giving baby teeth to a mouse melded together with the comforting persona of the popular, benevolent fairies of the 1950s Disney movies. This mash up created the perfect storm that developed into the Tooth Fairy we know today.

Whether you believe in her or not, the Tooth Fairy has been bringing joy to children for years and has successfully eased the somewhat scary experience of their teeth falling out.

Felt Family Dentistry » The Tooth Fairy and Other Notable Figures